The Anniversary of Guillaume Apollinaire's Death from Spanish Flu, November 9, 1918 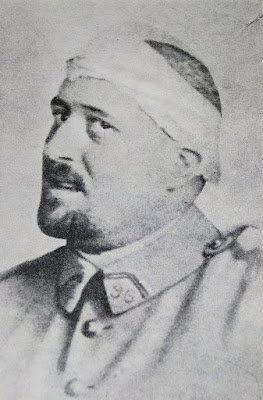 Guillaume Apollinaire, 1916
One hundred two years ago today the poet/art critic Guillaume Apollinaire succumbed to the H1N1 virus, which became known as the "Spanish Flu," even though it arrived in Europe from the USA.  On November 11th,  the crowds below his window filled the streets to celebrate the end of the "Great War" (World War I), shouting "A bas, Guillaume!." (Down with William).  They were not directing their anger toward Guillaume Apollinaire, but instead toward Kaiser Wilhelm II, who fled from Germany to The Netherlands on the very day Apollinaire died.  Some sources say that Wilhelm Albert Włodzimierz Apolinary Kostrowicki, a.k.a. Guillaume Apollinaire,  born in Rome on August 26, 1880, heard their loud chants.  André Salmon, who had not been at Apollinaire's bedside when he passed away at 5 pm, recalled that he, Picasso, and Max Jacob heard the chants as they left Apollinaire's bedchamber on November 11th, now Armistice Day, and were "horrified." ("Apollinaire and Jarry," Paris-Journal, November 9, 1923). 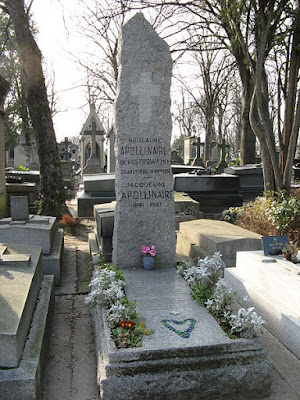 Apollinaire's grave in Père Lachaise Cemetery
This year, as we experience the Covid-19 pandemic, we are especially mindful of the circumstances that led to Apollinaire's death.  Today we are well aware that underlying medical conditions can tax a body more than a healthy one.  Apollinaire had survived a head wound during World War I, but not the deadly virus of 1918-19.  It is believed that his weakened state from his wound contributed to his inability to fight off this strain of influenza. 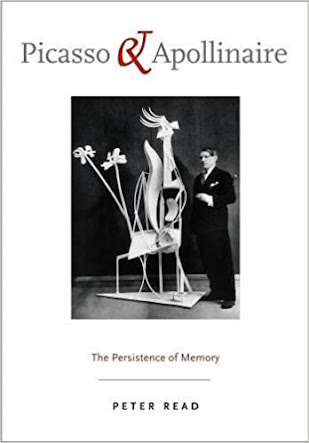 University of California Press, 2010
Peter Read, Professor A Emeritus, University of Kent, Canterbury, carefully describes Apollinaire's life and the lengthy negotiations to find a fitting memorial statue in his thrilling book  Picasso and Apollinaire: The Persistence of Memory (2010).  Picasso was selected to create a sculpture by Apollinaire's widow Jacqueline Kolb. Then, the members of the Apollinaire Monument Committee quibbled for decades. In 1959, the Committee finally agreed on Picasso's sculpture of Dora Maar's head and placed this tribute to the poet in the small park behind the Church of St. Germaine.  André Salmon tried to commandeer the effort that ended with a ceremony on June 5, 1959.  As we can see on the cover of Professor Read's book, Picasso's original sculpture Girl in a Garden (1929-30) failed to achieve acceptance by most of the committee. Salmon was not one among the dissenters, but instead praised Picasso's new direction in his La Revue de France column, published on March 1, 1931.
Interviews with André Salmon on Guillaume Apollinaire  and Salmon with Philippe Soupault on Apollinaire.
We eagerly wait for the publication of Professor Jacqueline Gojard's forthcoming book on Salmon and Apollinaire, which may shed more light on this final act of friendship between these two men who met in a bar in April 1903.
Labels: Andre Salmon Covid-19 Dora Maar Guillaume Apollinaire Max Jacob Picasso Picasso sculpture Spanish Flu World War I 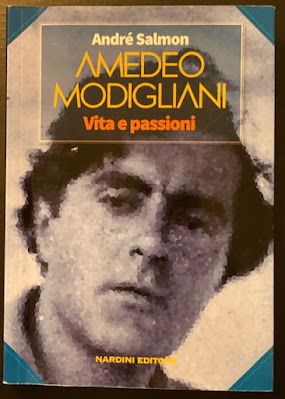 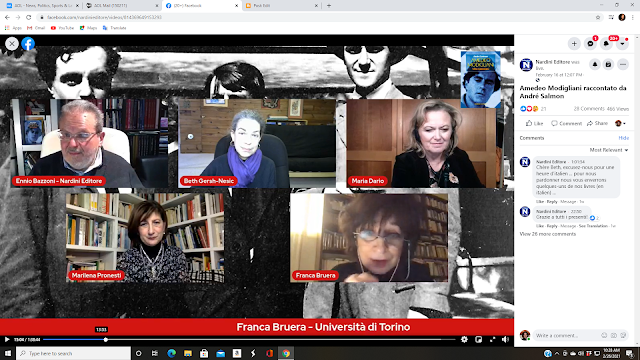